Today we learned about the needs of animals and how their habitats provide for them. We started out with 2 spelling words today: classify and habitat, which AA wrote in his “Plants and Animals” spelling book (a folder just like the previous ones). I quizzed him on a few previous words from the Community and Citizenship units and he passed with flying colors 🙂 YAY!

We then evaluated the needs of animals, starting with our own species, he illustrated and wrote brief sentences about us humans. We then picked one animal and evaluated where and how the animal was provided for. AA picked a frog. He used one of the Draw Write Now books to draw the frog in its pond habitat. The picture turned out really nice!  AA also made up a new animal which he named “Pooo”.  He wrote his description, then built it up with play dough. Lastly, he wrote an informative leaflet explaining all about this exotic new animal species for an exhibit at the zoo.  AA said it was a fun lesson today (as he has said many times before)! 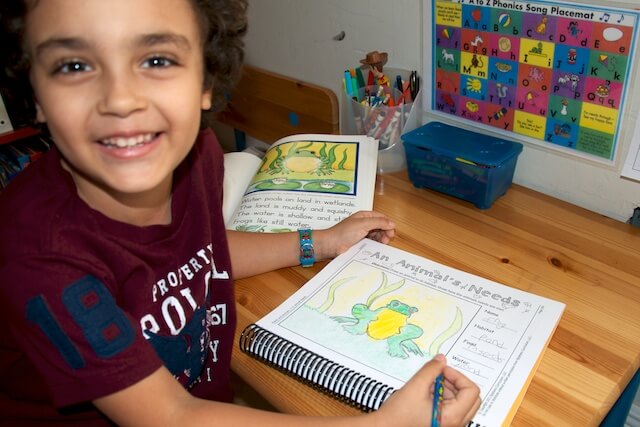 Drawing and writing about the frog 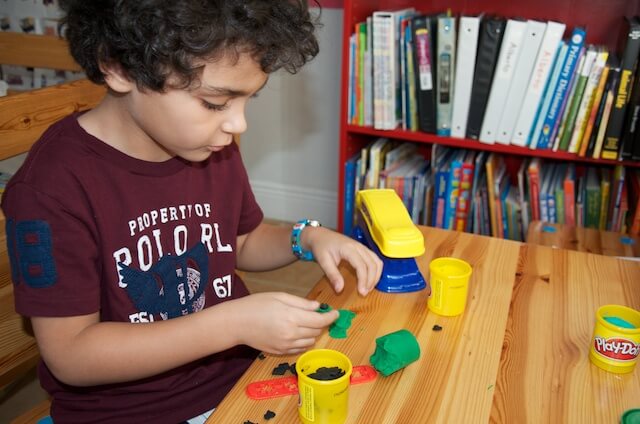 Designing his very own "Pooo" 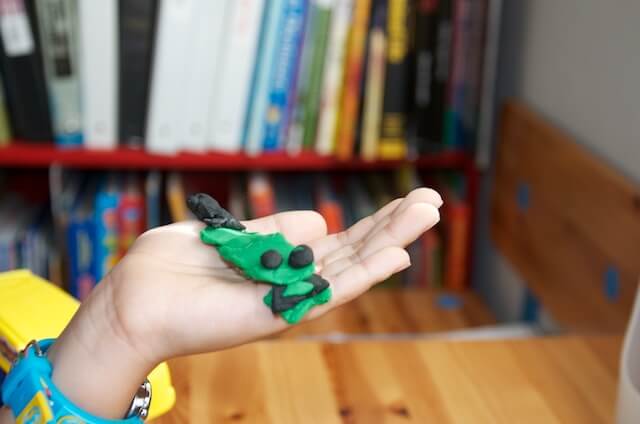 Moving up to Moving Beyond the Page 6-8