Today we studied Extinct and Endangered Species. We first started with our spelling lesson. AA copied his two new words of the day: plant and seed into his spelling book; he then copied yesterday’s words three times each into his dry erase board for practice. I also very briefly quizzed him on previous words from the Communities Around the World and Citizenship units.

We had fun with the endangered animal species charade cards taking turns acting out and guessing about the animals. We discussed how some animals have become much fewer in numbers due to several reasons. Thanks to RightStart Math, I was very happy to see how quickly he did the subtraction exercises in activity 2 … and we haven’t even learned subtraction yet.  The funnest part of all must have been creating the puppets for the puppet show.  It made such a sensitive issue lighter! Lastly, he dictated to me the story/script about the dinosaurs. AA truly enjoyed this!

Creating the puppets for the Endangered Species Puppet Show 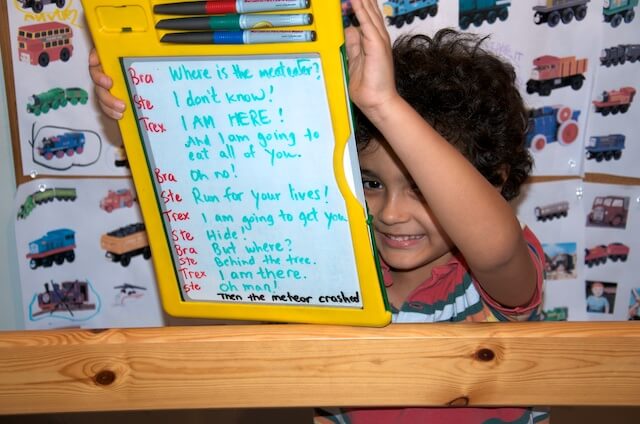 Having a ball with dinosaurs script

Today we did patterns using the geoboards. I’d set up the beginning of the pattern and he would continue till there was no more room in the geoboard. The last one was to be his own creation. The one he came up with was the prettiest of all, IMO 🙂 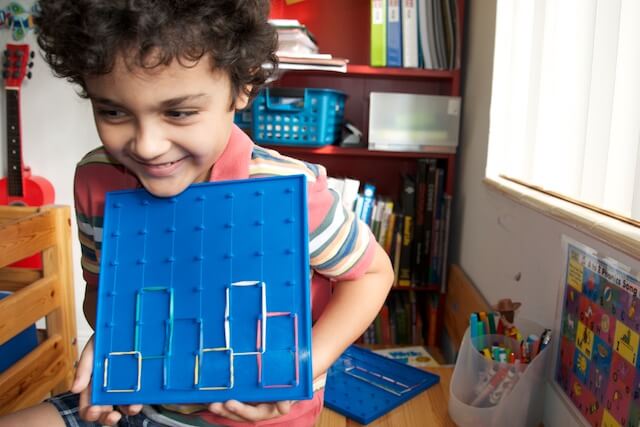 Happily showing his own pattern creativity!