Today we continue to study maps and how to use them. AA traced Sasparillo’s itinerary (The Armadillo from Amarillo’s main character) within Texas,  recognizing all the landforms, bodies of water, capital city, important cities, etc. found along his way.  AA measured the distances on the map and converted them to the real distances using the map’s scale.  The most fun activity was creating his own map of our state of Florida.  For this activity we used the MapMaker Interactive tool in National Geographic Education’s website. http://education.nationalgeographic.com/education/mapping/interactive-map/?ar_a=1  What a neat tool. AA was able to draw his map right there on the monitor, he included the symbols for landforms, and other fun ones such as lakes, beaches, hurricanes (ok not fun but its symbol was), coral reefs, hills, etc.  AA really enjoyed this activity and he certainly will remember very clearly where Lake Okeechobee, Apopka, George are. Where the Everglades is. Where there are some hills in Florida. Where Tallahassee and Jacksonville are, aside from Miami of course. Not only was this a neat map maker. We played with all the features and could see several parameters changing the look of the map. For example  population density, languages spoken, major religions,  areas of vegetation, and how illuminated Florida looks at night. WOW so much light in the cities!!!   Two thumbs up for the tool! 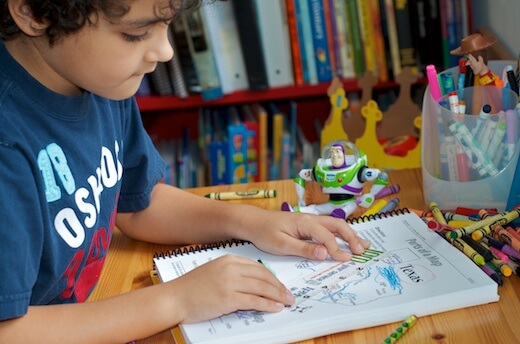 Measuring distances within the map 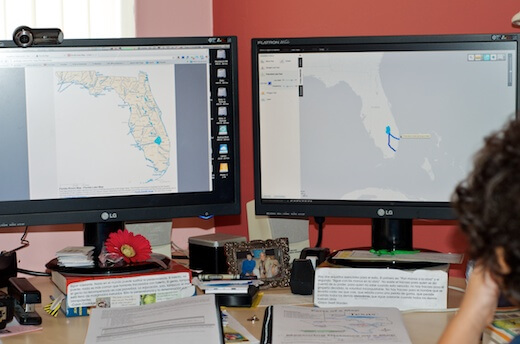 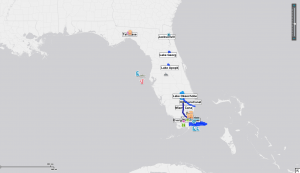 Click to enlarge photo. Map of Florida AA made

All About Spelling  – Step 6

AA continued to segment each word into its individual sounds. He spelled very simple words which are still very easy for him. I can see, however, that the methodology is getting him ready for more complex spelling.  I’m thrilled his handwriting is starting to look so much prettier. Bravo  Handwriting without Tears, and of course bravo AA mi niño, te felicito corazón!! 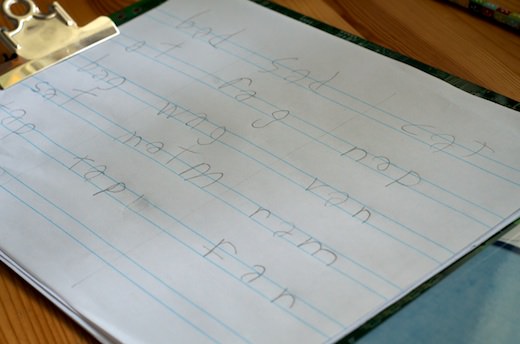 AAS. The extra m next to mat is there because I made him do the m again

We continue to basically do review of Level B material.  AA is adding 2 digit numbers very proficiently. 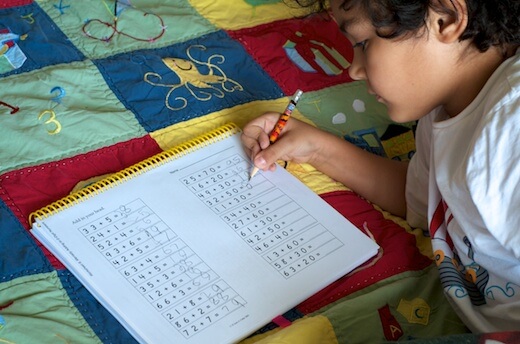 All About Spelling Short Vowel Sounds