Landforms and Bodies of Water

Today we reviewed the material covered so far, which except for roman numerals, continues to be level-b material pretty much. We played multiplication memory games where AA basically needs to pick a number and uncover the next card in such sequence. For example, 7, then AA needs to find 14, then 21, and so on. 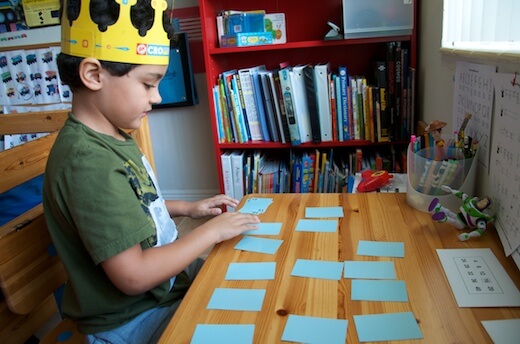 How cool to attend 'school' wearing your King Crown 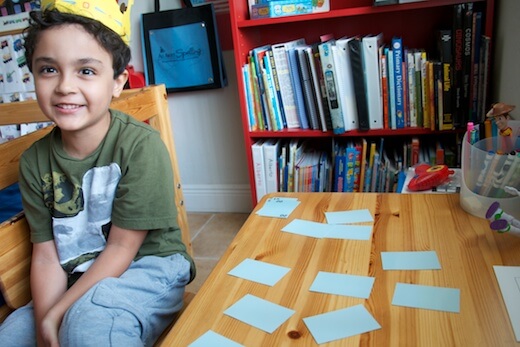 This is fun, again!!

Moving Beyond the Page 6-8 – Concept 3, Unit 1, Lesson 3: Landforms and Bodies of Water

Today we learned more about bodies of water and landforms. We needed to use the Usborne Children’s Picture Atlas Book. We have a similar version here at home, it’s still a Usborne, only it’s a flip the flap Children’s Atlas Book and it doesn’t quite contain the same content. Still, we were able to supplement quite well with the Children’s Encyclopedia of Earth and read about mountains, hills, lakes, rivers, and oceans. AA was able to cut, color and paste the illustrations in the matching boxes where definitions of such boxes appeared. AA wrote sentences on what it was to live near water, and created a hands-on clay mold of several land forms. 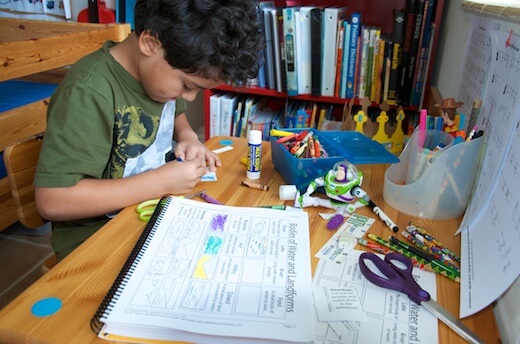 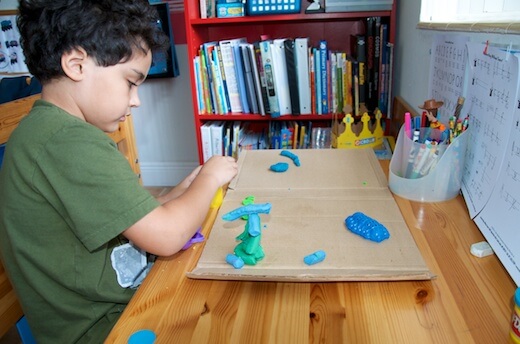 Doubles and Near Doubles