Moving Beyond the Page 6-8 – Concept 3, Unit 1, Final Project: Geography of a Continent

Today we finished the final project for Unit 1 of the Culture Concept. We extended it into 2 days. The first day, yesterday, was devoted to research about Asia, which is the country AA chose. We learned about bordering oceans, major landforms, major bodies of water, natural disasters and how they affect people’s lives, natural resources, habitats and their representative animals. AA recorded this information on his workbook. We found a few videos on tsunamis and earthquakes, some were real videos of utterly impressive footage of the recent tsunami in Japan. Some were animations on how tsunamis form:

We also watched real footage of a tsunami in Japan –Extremely impressive video and better to treat such images with caution if shown to young children, which is what we did here.

The second day of our final project was devoted to creating the poster board of Asia. AA had a really good time doing this. He first drew the outline of Asia looking basically at the Usborne Children’s Picture Atlas as well as the globe. Then he colored it all over including the major landforms and bodies of water. He labeled the bordering oceans and the continent of Europe. He also included animals and habitats. Lastly, he put some stickers of different countries throughout the map. Though he didn’t label all of the items he described in the map, he surely has a good understanding of what’s found in Asia now. It really was great fun doing this, we both very much enjoyed the final Geography project. AA says he now wants to do a poster board of America and the other continents. Let’s see when we’ll get around to doing that 🙂 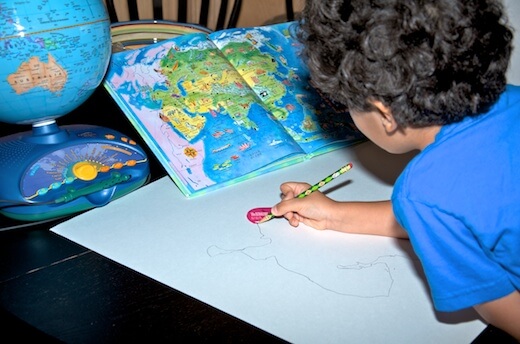 Starting the outline of Asia 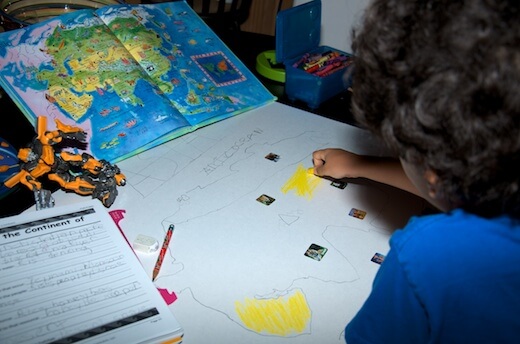 Coloring in some habitats & landforms (deserts, forest, mountains). Transformer was learning along with us today 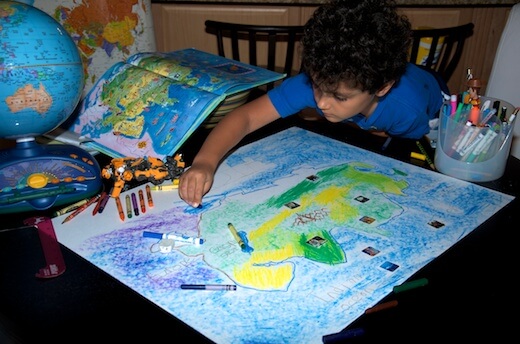 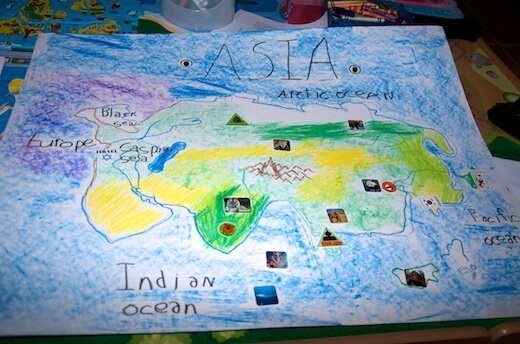 AA's finished poster board of Asia 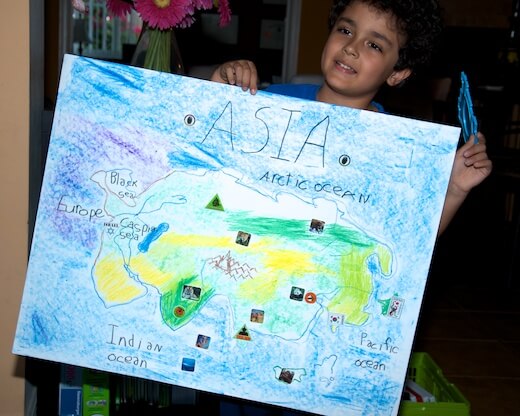 Other activities: We also did RightStart Math addition of two 4-digit numbers. AA is adding them very quickly and proficiently now. Reading in English for about 15 minutes. And Chinese, we learned about vehicles: bycicle, car, bus, taxi, train, airplane with Get Talking Chinese, for about 20 minutes.