As a member of the Schoolhouse Review Crew, Super Hero and I received two cute little books, about the classic Peter Rabbit stories, sent to us free of charge by Kinder Cottage Publishing, in exchange for our honest review.

We received two titles: The Tale of Peter Rabbit and Peter Rabbit and the Little Boy. The books are a petite 5 by 7 inches, perfect for small hands. They come in a high-quality hardback with the original soft-color, old-fashioned illustrations, in every two-page spread.  The artwork does show a tiny bit grainy, a common occurrence when scanning images (I’m concluding this is the reason), but nothing that diminishes the quality of the books in the least.  The stories are the same as in the original, classic publications by Henry Altemus Company of 1917, only these have had their texts modernized by Kinder Cottage Publishing.

Super Hero read both books and said he liked them just fine, that “they were nice stories about Peter Rabbit getting into all sorts of trouble”.  I explained to him these Peter Rabbit stories have been around for a while, and it’s really a neat thing that we get to read them, just as so many children have been doing for nearly a century.  Surprised to learn they were “that old”,  he picked up the books and leafed through them once more, as if he were trying to uncover some hidden secret for their enduring appeal.

The Tale of Peter Rabbit Narrated by Super Hero 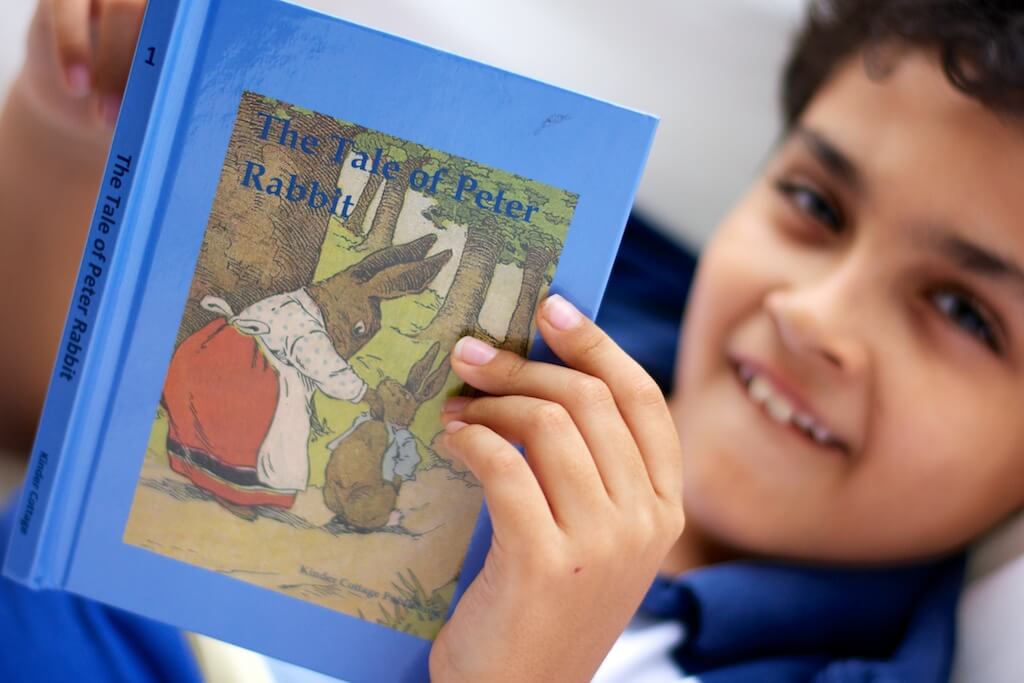 Petter Rabbit and the Little Boy Narrated by Super Hero

Peter Rabbit lives with his mom and three sisters. One day he pretended he was a runaway pony and made the express wagon sad and threw his sisters everywhere. One day his mother had to go to fetch water, and told Peter Rabbit not to go over the hill. Peter did go over the hill to fly a kite, which landed on a tree and then he saw his cousin, Jack-the-Jumper.  They played, and then they found a boy with Peter Rabbit’s golden watch. He had found it in the cabbage patch, where Peter and Jack had been eating. The Little Boy played with them, and took them to their home. 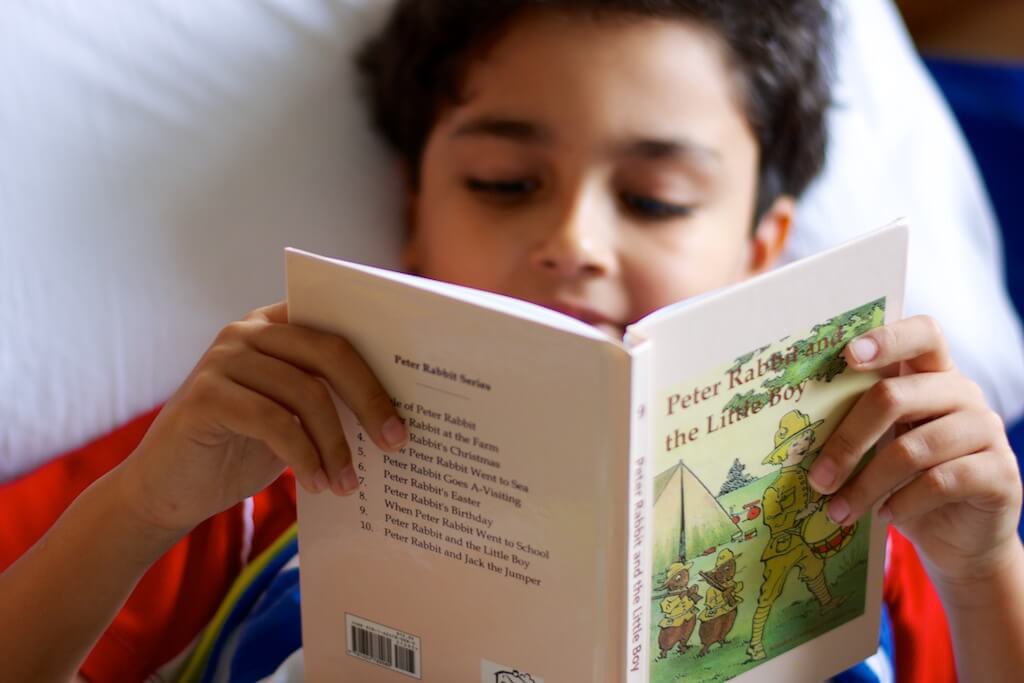 The fact, alone, that Peter Rabbit stories are such a long-lasting piece of literature, that has endeared and amused children for so many generations, is enough to want to own the entire collection.  And at $4 each, these modernized books would make such a pleasant addition to any library.  I appreciate that Super Hero and I had the chance to review Peter Rabbit and his stories of mischief. They are not only a way to read likable stories today, but also a way to regard literature that helps us recognize past culture and heritage as well.

If you wish to read reviews about the rest of the titles Kinder Cottage Publishing carries, head over to the SchoolHouse Review Crew, to find out more: