Field Trip to the Equatorial Line in Ecuador

“La Mitad del Mundo” or “The Middle of the World”, as it’s called, is a small town north of Quito, the capital of Ecuador in South America.  Well, it used to be a small town about an hour north of Quito, back in the days when I lived in Ecuador. That’s many, many moons ago.  Today, “la Mitad del Mundo” has merged with Quito, which has become a gigantic, long stripe blend of pretty and not-so-pretty dwellings, tall, modern buildings, and age-old sumptuous colonial churches and architecture.  Quito can’t spread wider, only longer because the Andes mountains impose quite majestically on both, the eastern and western borders. Thus, the city is only about 4 kilometers (3 miles) wide, but a towering 54 kilometers (40 miles) long!

The park is a pretty area with lots of colorful artisan stores, full of local handcrafts, and restaurants featuring the local cuisine. We strolled around taking in the gaiety of the place, the warm sunshine, the overall cheerfulness of all tourists, and the good company of my father.  Although I grew up in Ecuador and I had seen this place many times before, I, too, felt somewhat like a tourist. The area has been transformed over the years. It is a much more enjoyable destination than I had remembered! 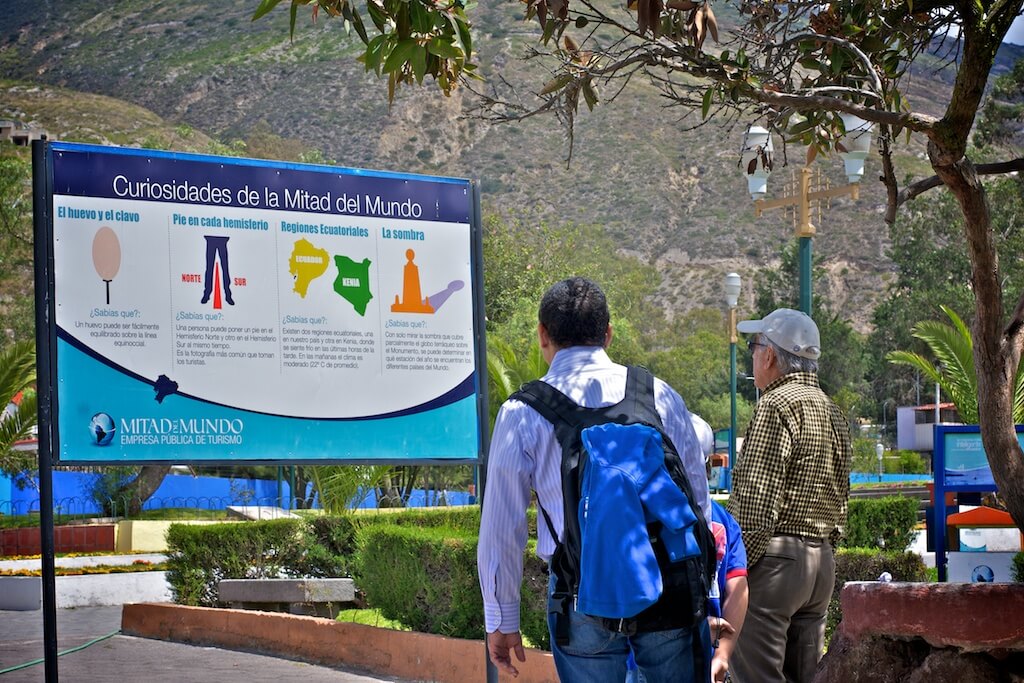 Standing Over Both of Earth’s Hemispheres

People enthusiastically take turns photographing themselves in two typical poses: Shaking hands while standing on opposite hemispheres, and putting one leg on the northern and the other leg on the southern halves of the Earth. 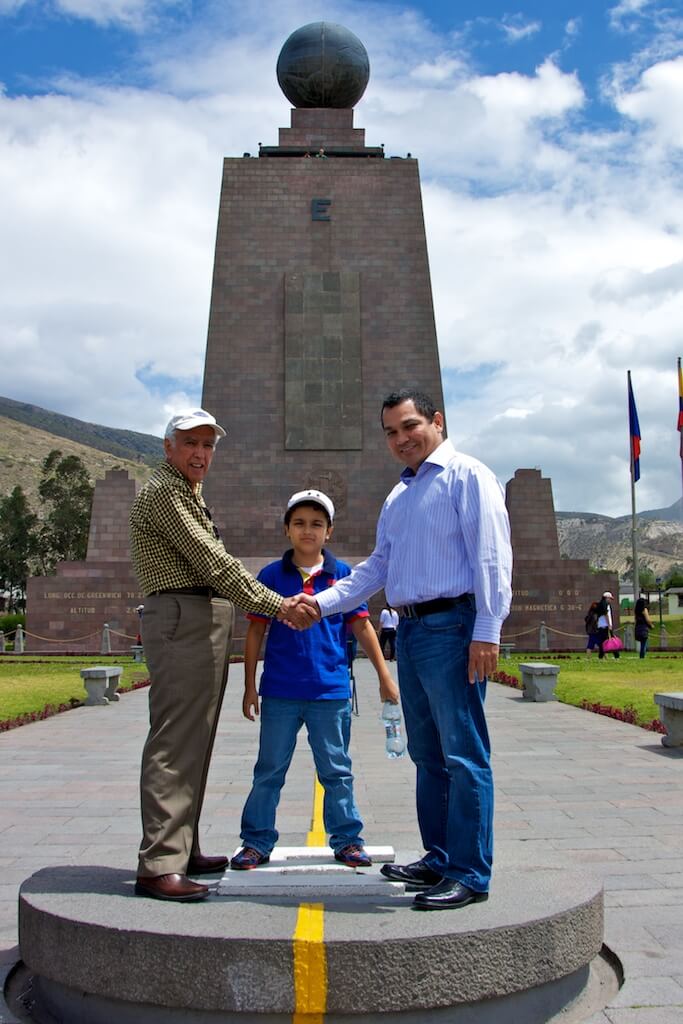 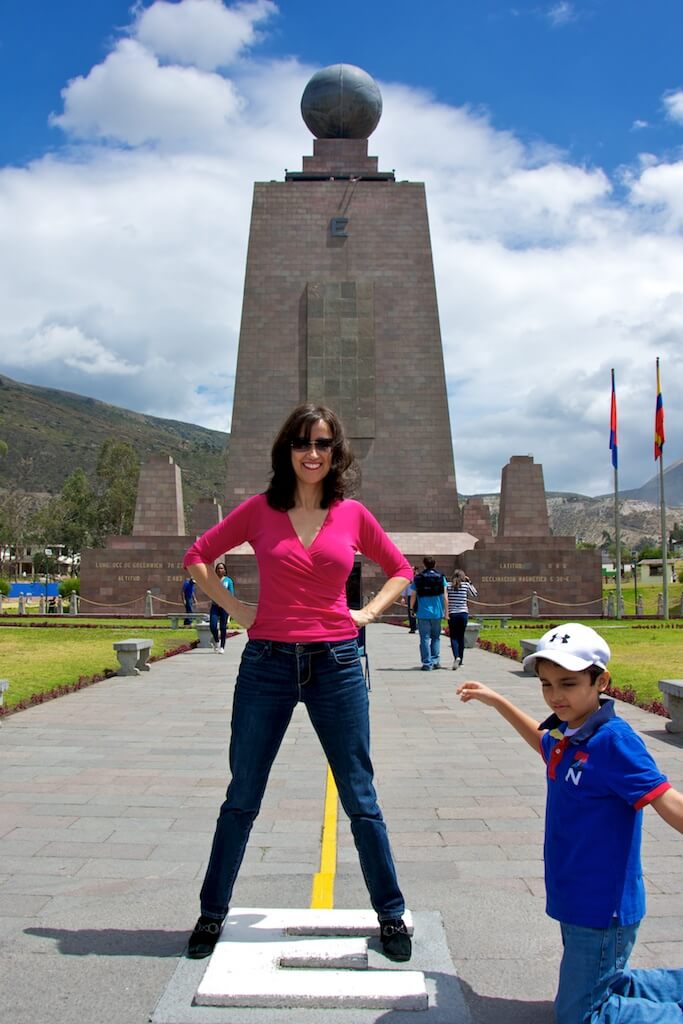 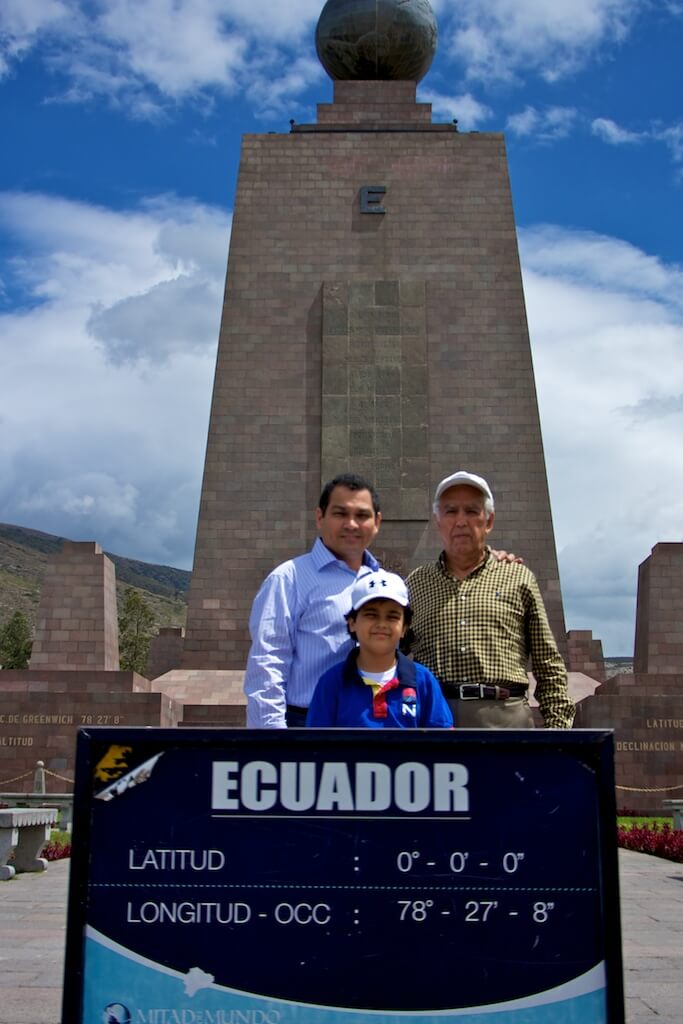 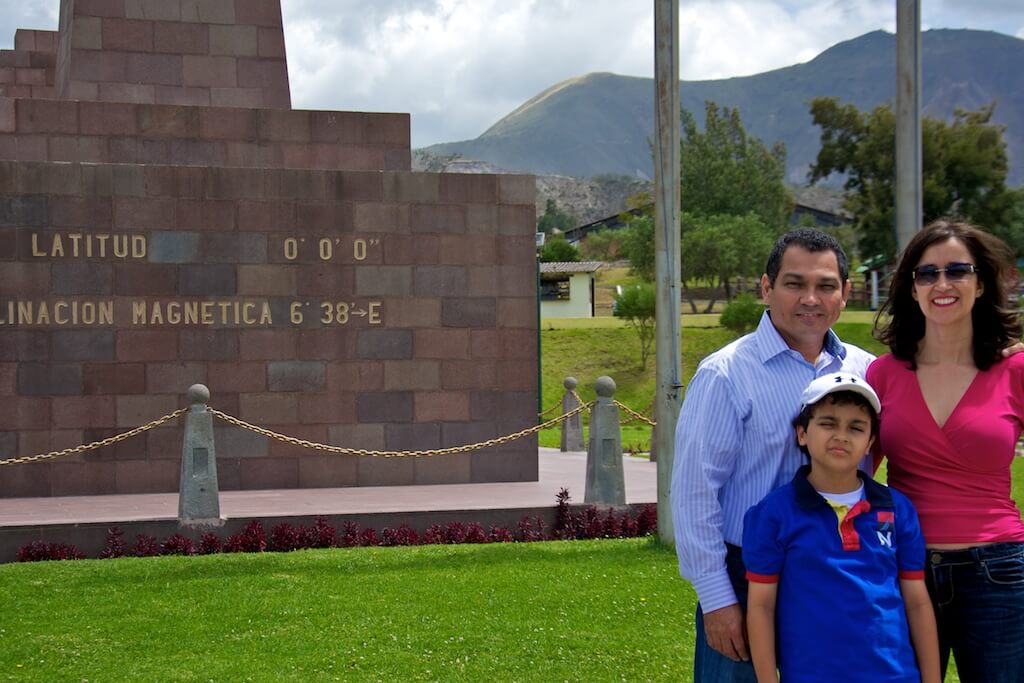 Standing on Top of Both Hemispheres

From the top of “La Mitad del Mundo”‘s monument, we could enjoy the pretty view of our surroundings, and could really appreciate the North and South sides of the park. 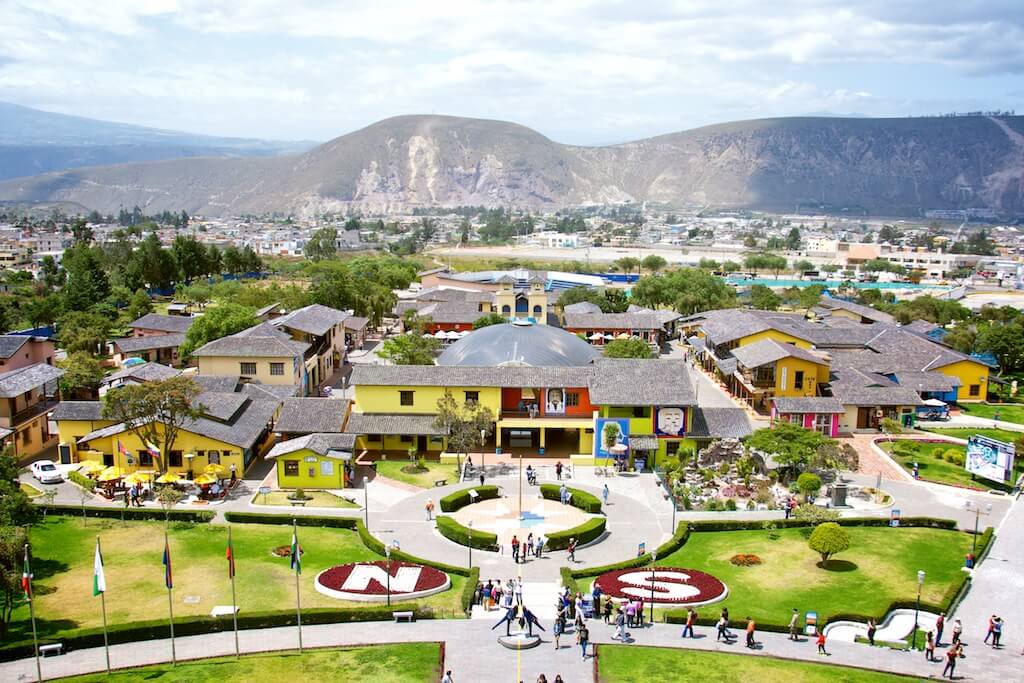 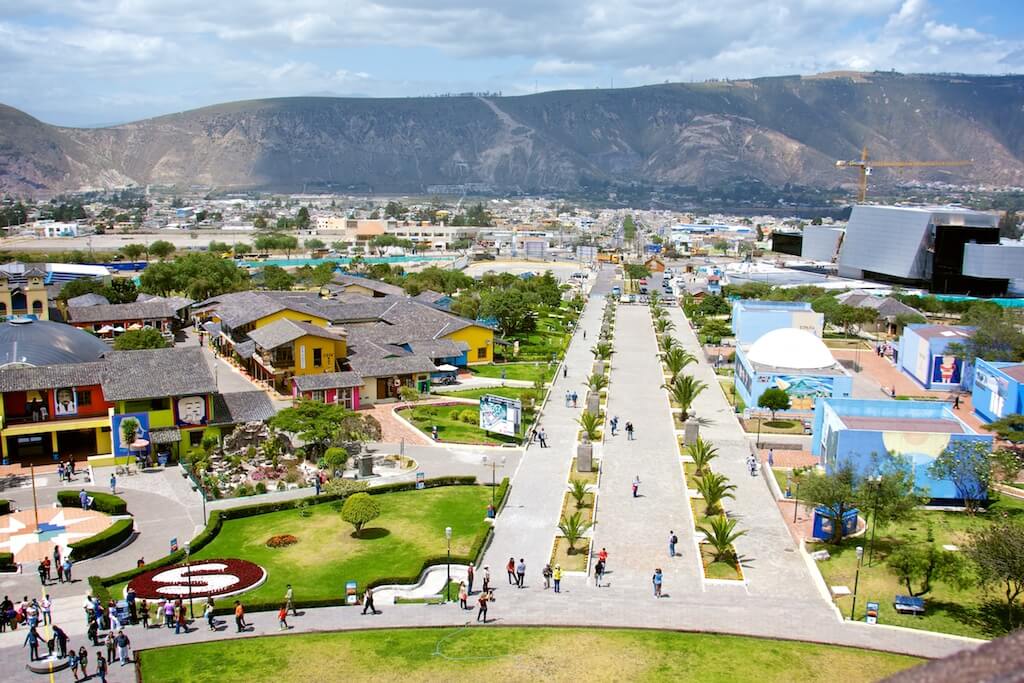 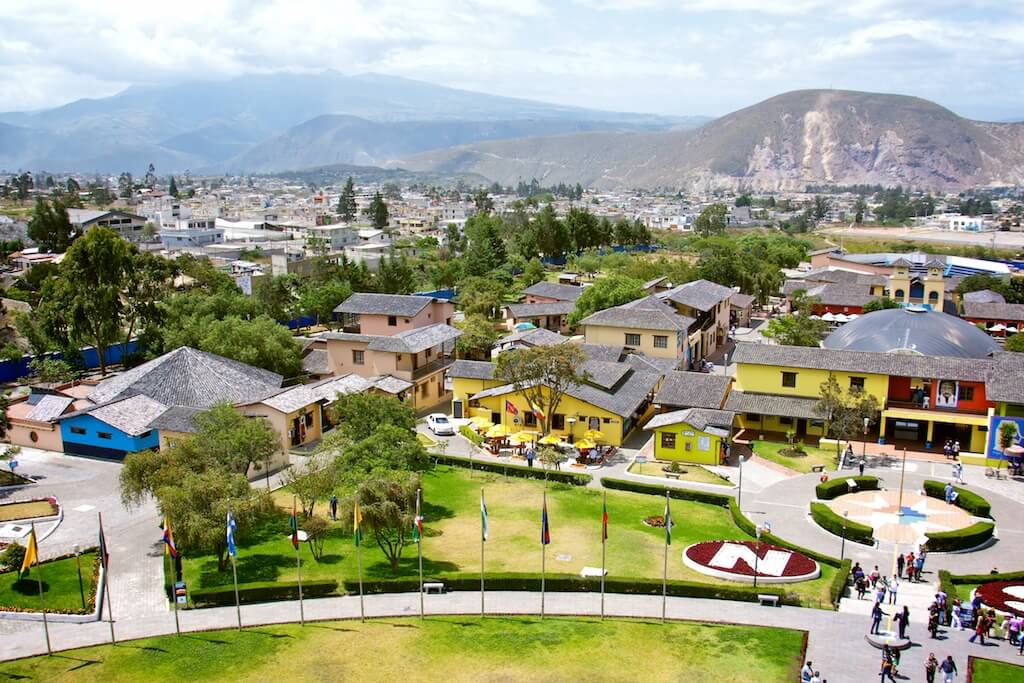 An egg can be balanced over a nail sitting exactly at the equatorial line.  That makes for a very special egg that’s been on both halves of the world at the same time!

Just watching the shadow cast by the globe on top of the monument, you can tell the season for each hemisphere. 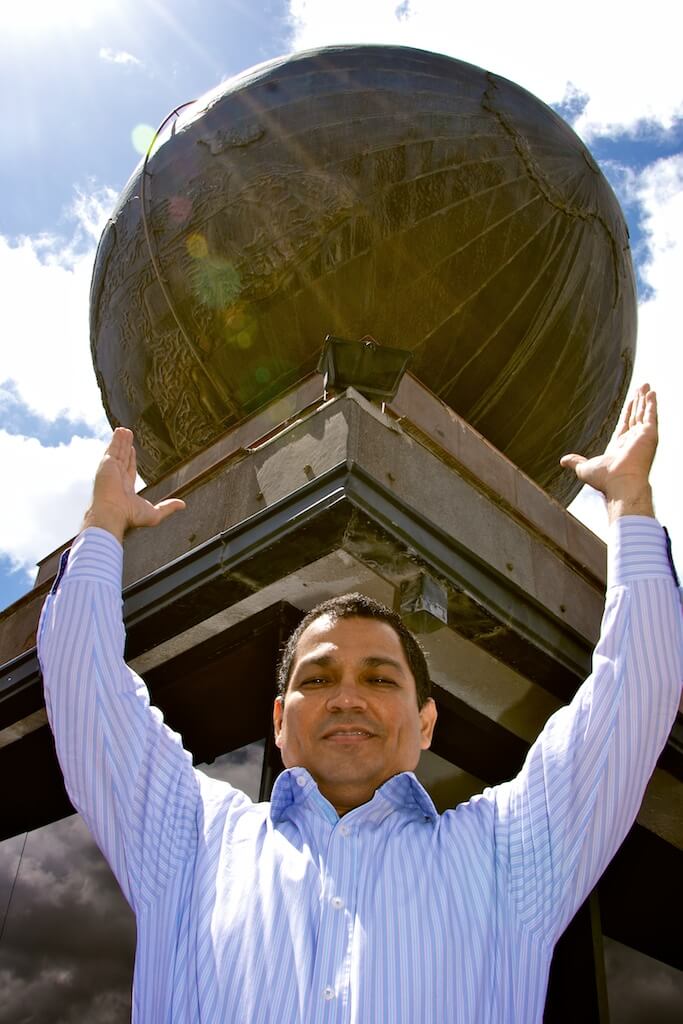 Roberto happily holding the world in his hands 🙂

Did you know that the body weight decreases at the equator? The amount you weight is less here than in any other latitude in the world.  This according to Newton’s Law. Cool! 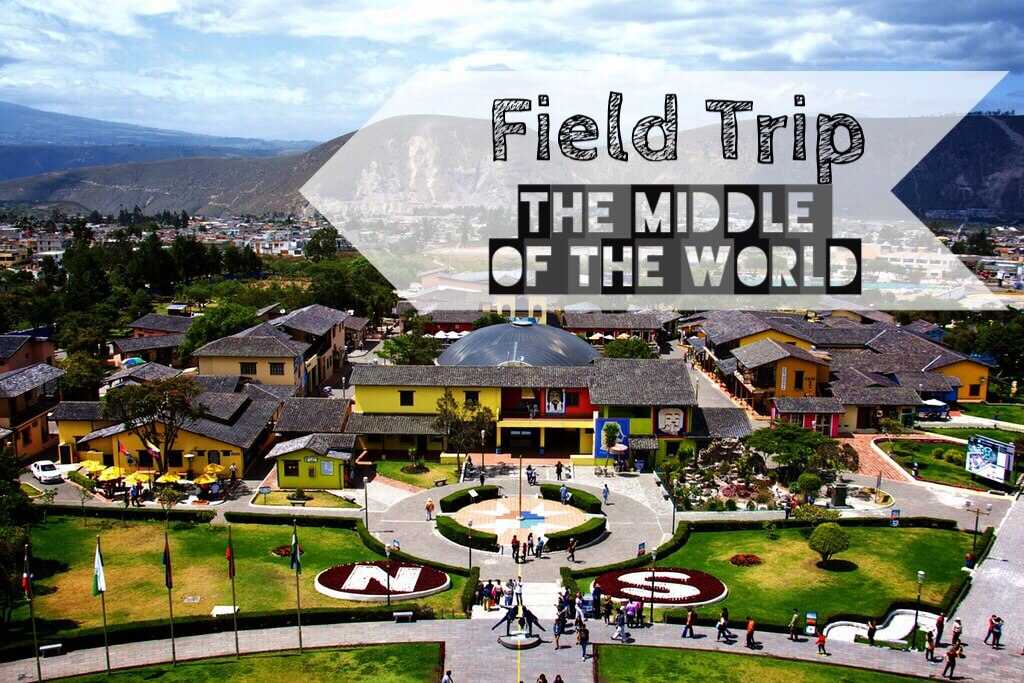 Field Trip Ideas in Miami, Florida and Beyond